How do I find peace in solitude

Popular problem of loneliness - "I don't have a single girlfriend"

The autumn sky lies gray over a nameless city in the Swiss plateau. Nadine Löhr is sitting in the café of a modern glass building. A woman in her late forties, with a red leather jacket and short hair.

She is here because she wants to speak openly about what most are silent about: her loneliness. That on the condition that her real name is not mentioned.

Nadine Löhr orders a cappuccino and begins to tell. From the desperate search for a girlfriend, the self-doubt and a relieving realization.

At first glance, Nadine Löhr looks like a woman who has both feet on the ground. She works as a branch manager in a furniture store and lives in a partnership. What she lacks is a social environment. “I don't have a single girlfriend,” she says, and sounds like she's admitting defeat.

You don't need a huge network, she says. "I would like someone with whom I can talk to women, swim or go to the cinema." But their search was unsuccessful and the pressure at work increased. Löhr got into a downward spiral. Until she got burned out five months ago.

For a long time loneliness was considered a private matter. But for a few months now, this millennia-old and shameful feeling has been in the middle of the public spotlight.

British Prime Minister Theresa May provided the initial spark for this development. A study had shown that every fifth citizen in Great Britain suffers from loneliness. In response, May appointed a minister for loneliness, making headlines around the world. Politicians had discovered the subject for themselves.

Only a few weeks later, the German psychiatrist Manfred Spitzer published a much-noticed but controversial book with the title «Loneliness. The unrecognized disease ». Since then there has been talk of an epidemic, a dangerous disease as harmful as 15 cigarettes a day.

The realization has prevailed in recent years: loneliness not only harms the mind, but also the body. And politics, media and science are puzzling over what the new discovery of this feeling says about our time.

Open the box Close the box

It is unclear whether loneliness is increasing in our societies. There is no reliable historical data - neither in Great Britain nor anywhere else. The scientific interest in the phenomenon is still too new for that.

Around a third of all people in Switzerland sometimes feel lonely. Almost five percent often or very often suffer from feelings of loneliness. This was the result of an investigation by the Swiss Health Observatory in 2012.

Women and people with a low level of education are particularly affected by loneliness. In comparison with the surveys of the past 15 years, there is no significant increase in Switzerland.

According to the most recent publications, about the same number of people were affected by loneliness in 2007 as in the first survey in 1997. The next publication is expected in the coming year.

"Everything revolved around performance"

In the life of Nadine Löhr, loneliness made its way quietly and slowly. Löhr grew up in Germany and came to Switzerland with her then partner 14 years ago for professional reasons. «For a long time I thought that the job was the most important thing in my life. Everything revolved around performance. "

In Germany she left her large social environment behind. Her sister, her parents, her son and all of her friends. When she arrived in Switzerland, she was initially lucky, as she says. A couple lived in the same house, with whom they soon became close friends. Four years later she had to change her place of residence due to work.

Work until late in the evening

She moved from the lively city to the agglomeration, where she has not found any connection to this day. Your partner lives a rather withdrawn life himself. Almost all of her employees are ten to twenty years younger, and she doesn't find any friends there. «The shop opening hours prevent almost any social engagement. By the time I go out of business, all courses have already started. "

She usually has to work on Saturdays as well. Sunday and Monday remain - the worst possible days to make contacts. “And if a conversation did arise, I had hardly anything to say. After all, my life consisted almost entirely of work. "

It took a long time for Nadine Löhr to admit her loneliness. The stress at work increased and there were interpersonal problems with her manager. Until two years ago she first addressed the nagging feeling to a friend in Germany.

“At that time I was already depressed a lot. I could hardly bring myself to do something. " She tried to establish contact with neighbors, but without success. "You used to go for a walk together, nothing more came of it."

"Is something wrong with me?"

Nadine Löhr's self-doubts grew bigger and bigger. «Being alone does something to you. I asked myself: do I have a defect? Is something wrong with me Am I too direct? "

Last summer, Nadine Löhr finally collapsed under the workload, her life tipped out of balance. Burn-out, hospital stay, therapy. She is currently in a reintegration program. "With a stable social environment, I would probably have been able to withstand the pressure better."

For Homo Sapiens, loneliness is a stressful and threatening experience. Recently, various studies have contributed to a better understanding of how emotions affect people.

Brain scans show that when feeling lonely, the same areas of the brain are active as when experiencing physical pain. Loneliness can lead to anxiety, depression and can even promote dementia.

On a physical level, loneliness leads to stress. This increases blood pressure and blood sugar levels. This in turn weakens the immune system, which increases the risk of infections and cancer, according to a study, Link opens in a new window, carried out jointly by the Universities of Chicago and California. The psychiatrist Manfred Spitzer describes loneliness in his book as the deadliest disease.

The search for the causes

However, not all researchers share this drastic presentation and criticize the fact that many studies lack evidence of a causal relationship between loneliness and other illnesses. The German sociologist Jonasch Schobin, for example, repeatedly points out in public that in many studies it remains unclear whether loneliness is actually the cause of illness or just a side effect.

Over the past few years, researchers have been looking intensively for answers to the question of how loneliness arises. All explanations have to do with the upheavals of our time.

The role of digitization

According to a widespread assumption, digitization contributes greatly to the feeling of loneliness in society. Because an increasingly large part of our communication is migrating to digital channels, interpersonal relationships lose their resilience and stability.

This assumption was spread in particular by the American scientist Sherry Turkle, whose influential book "Alone Together" describes loneliness in a digital world.

In the interviews that Turkle conducts, teens talk about the pressure of constantly answering messages and the feeling of alienation when everyone is constantly connected to absentee people via their devices instead of communicating with those in the room.

Open the box Close the box

Sherry Turkle: Lost among 100 friends: How we are mentally stunted in the digital world. Riemann, 2012.

Other scientists contradict this thesis and see the causes rather in the changing world of work, where the pressure is increasing and people have less and less time to maintain their relationships.

Many young people in therapy

Doctor Klaus Bader is a senior psychologist in the behavior therapy outpatient department at the University Psychiatric Clinics in Basel. He knows both causes of loneliness from his practice: increasing workload and isolation through digitization.

Often it is a mixture of both. "Whether someone feels lonely," says Bader, "also has a lot to do with how much the person is in emotional contact with themselves and other people."

How happy are others

Around a third of his patients suffer from loneliness. He observed this particularly frequently in younger people between the ages of 14 and 35. The causes are very different from person to person - however, lonely people often suffer from a low self-esteem. 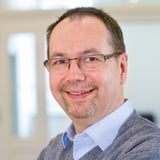 Dr. Klaus Bader (55) heads the department for outpatient behavior therapy at the University Psychiatric Clinics in Basel. He has been treating people with anxiety, depression and personality problems for over 20 years. A large number of his patients suffer from loneliness. He says experiencing loneliness is often an underestimated problem that is too seldom addressed and recognized. He observed an increase in those affected, particularly in the age group up to 35 years of age.

Social media played an important role in this: “They tempt people to make comparisons. How networked are others, how happy are others? This can easily give the impression that others are doing better, are happier or are better socially involved. "

Loneliness does not necessarily have to be negative, says Bader. Some people could also find meaning in it, reflect on their needs and draw new strength. "I have the impression that the tolerance for unpleasant feelings has generally decreased in our society."

For Bader, loneliness is also a symptom of the isolation of our time. His advice is: «We should look more and listen to how the people around us are doing. Communicating more often in social space and seeking contact with others - I think that would do us all good. "

Fondue dinner with those affected

Nadine Löhr would also like to listen more. She is a woman who takes an interest in the lives of her fellow human beings. During her stay at the clinic, she came across a group on the Internet through the Self-Help Foundation Switzerland that met on the subject of loneliness.

In contrast to other self-help groups, there is no supervisor at the meetings, and the participants do not sit together in a circle. They meet for a hike or, like a few days ago, at someone's home for fondue.

Through these meetings, Nadine Löhr learned something important. “There are other people who have both feet on the ground and who are lonely. I realized that I'm not that cranky. It was like a sigh of relief for me. "

She doesn't know how things will go on professionally for her. But one thing is clear to them. She no longer wants to sacrifice her social life for work in the future.