Who can sell pictures at christies

Art is always about the original. For many collectors, works of art are an investment, a prestige object that usually also has a physical presence, i.e. that - in theory - can also be touched. At the renowned auction house Christie's in London, however, a purely digital work of art has now been auctioned for the first time: a collage of 5000 pictures by the US artist "Beeple", whose real name is Mike Winkelmann. The entry bid on February 25th was $ 100, after just ten minutes the bid was already $ 1 million, and just under five hours before the end of the auction on March 11th it was already over $ 13 million. In the end, it was auctioned for 69.3 million US dollars (around 57.8 million euros).

The interest in digital art is growing. And thanks to technical achievements, you can now really own digital works of art. NFT - an abbreviation for "Non-fungible Tokens" - is the magic word. These are certificates of authenticity that can be attached to the digital work of art - in layman's terms - and thus identify the owner.

For Christie's, this is still "uncharted territory," Christie's art expert Noah Davis told Reuters. On the other hand, the use of NFTs is already in full swing on the Internet. With the US basketball league NBA, for example, you can buy and trade digital trading cards - short video clips with highlights from the games. The clips by professional basketball player LeBron James are particularly popular.

A cat meme also caused a stir online in mid-February, selling for almost 600,000 US dollars ten years after its creation.

It is not the first financial success for the artist Beeple either. In the fall, he sold a ten-second video clip for $ 67,000. The work of art is registered in a blockchain database and a certain Pablo Rodriguez-Fraile has been registered as the owner of the original since October 2020. At the end of February, he then resold it for 6.6 million US dollars on the Nifty Gateway platform - Beeple received ten percent.

If you believe visionary voices, then something important is happening on the art market. Skeptics, on the other hand, fear that the NFTs are a hype that will pass again. This is currently being discussed in detail on the Clubhouse social media app, writes Anika Meier in her column for the art magazine Monopol. And there also asks the question of what you actually do with digital art, how you show your collection. Artist Beeple himself is said to have said in a conversation on Clubhouse that he could imagine a print, but also an installation on the facade of a museum or a presentation on a screen. 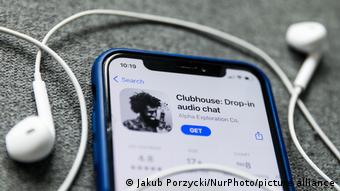 A campaign by Twitter boss Jack Dorsey also runs into the millions. He is currently auctioning his very first tweet on the "Valuables by Cent" platform, in which he writes that he is "setting up his Twitter". Whoever purchases the tweet receives a digital certificate. The highest bid is currently 2.5 million US dollars, the auction runs until March 21.