How do spells work

No Illusion: 7 Popular Magic Tricks and How They Really Work.

Accordingly, many show magicians are not called magicians, but rather illusionists. Because that is what they present: illusions that should amaze and entertain the audience. Knowing how the magic tricks work doesn't have to take away the joy of the illusion. Knowing what's behind it can sometimes be just as fascinating as the illusion itself. 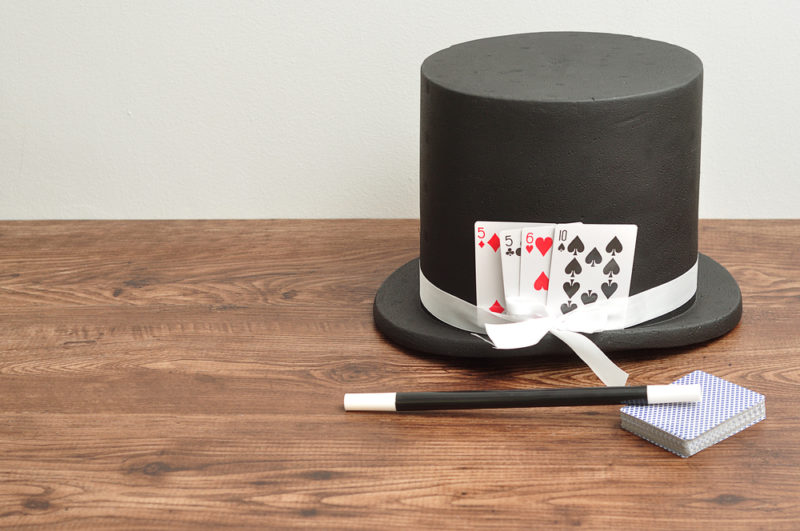 Above all, the self-proclaimed “mental magician” Uri Geller gained worldwide fame a few decades ago for being able to bend a spoon with the sheer power of his thoughts. But, as is so often the case, the real power of thought consists less in telekinesis than in the ingenuity of the illusionist.

Uri Geller himself probably resorted to the following method: his fingers were prepared with a mercury-containing compound that softened the spoon and eventually broke it when he rubbed it. This works even better if the spoon has already been bent a few times. Such material fatigue was already used by magicians in the 19th century.

The spectator draws any card from the deck and signs it. Then the magician puts the card in an envelope and burns it. But then he conjures up the signed card from the pile, behind the audience's ears or from wherever.

No special props are used here; the envelope (without window) and the cards are completely customary, the card is actually signed. However, the envelope has been cut open at the bottom. If the magician holds the envelope and the deck of cards in the same hand, he can slide the signed card through the slot in the envelope at the top of the stack, of course holding the hand so that the audience does not see it.

The envelope is actually burned, but with the manual dexterity typical of wizards, he can bring the signed card back to light at will. 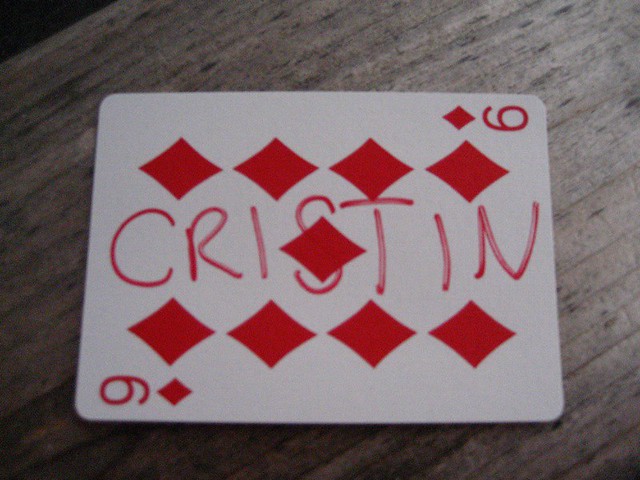 Who doesn't wish to magically get rich? In the case of magicians, this seems easily possible. The illusionist, for example, folds up a 10-euro note and after unfolding it again, instead of a 10-euro note, he holds a 50-euro note in his hand.

The usual implementation of this trick is as simple as it is ingenious: The magician uses a dummy thumb that is placed on the real thumb and that is available in every well-stocked shop for magic supplies. The small folded 10-euro note is inserted into the thumb attachment, from which the 50-euro note is then pulled. It works even better with different dollar bills because they don't differ in color. 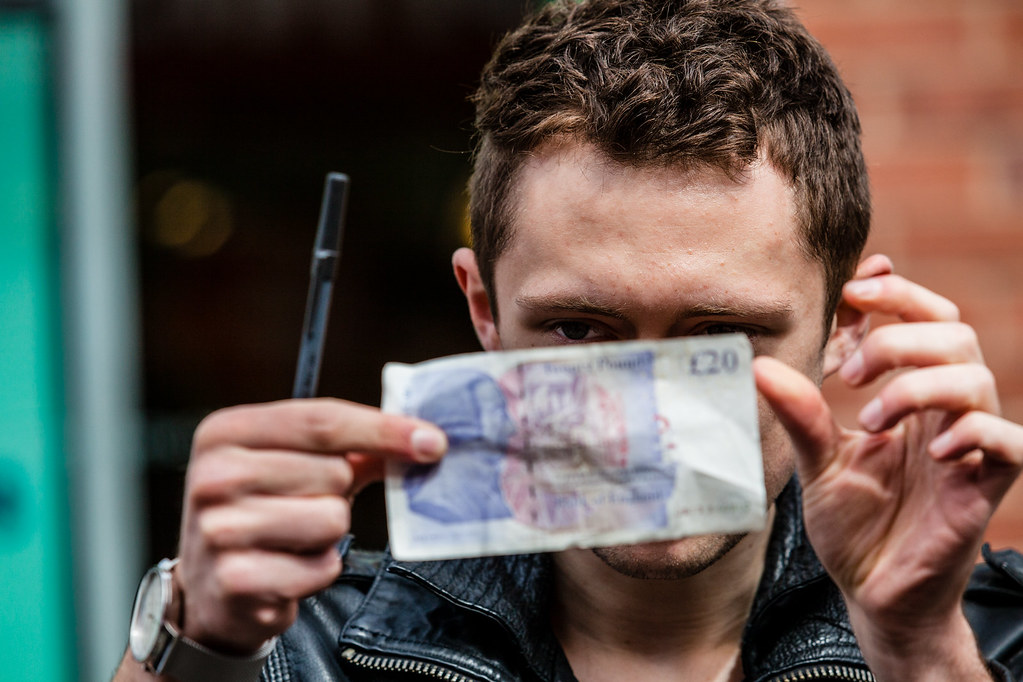 Swallowing the sword is not really a trick, but years of practice and body control. The swords are often blunt, but are nonetheless pushed down the throat. The sword swallower is able to suppress the gag reflex and stand up straight so that the throat and stomach form a straight line.

The sword is passed through the esophagus to just before the stomach entrance. The esophagus is very flexible and provided with a slippery layer of mucus. Nevertheless, the sword swallower has to be calm and concentrated so that the esophagus does not cramp, which could lead to serious injuries. 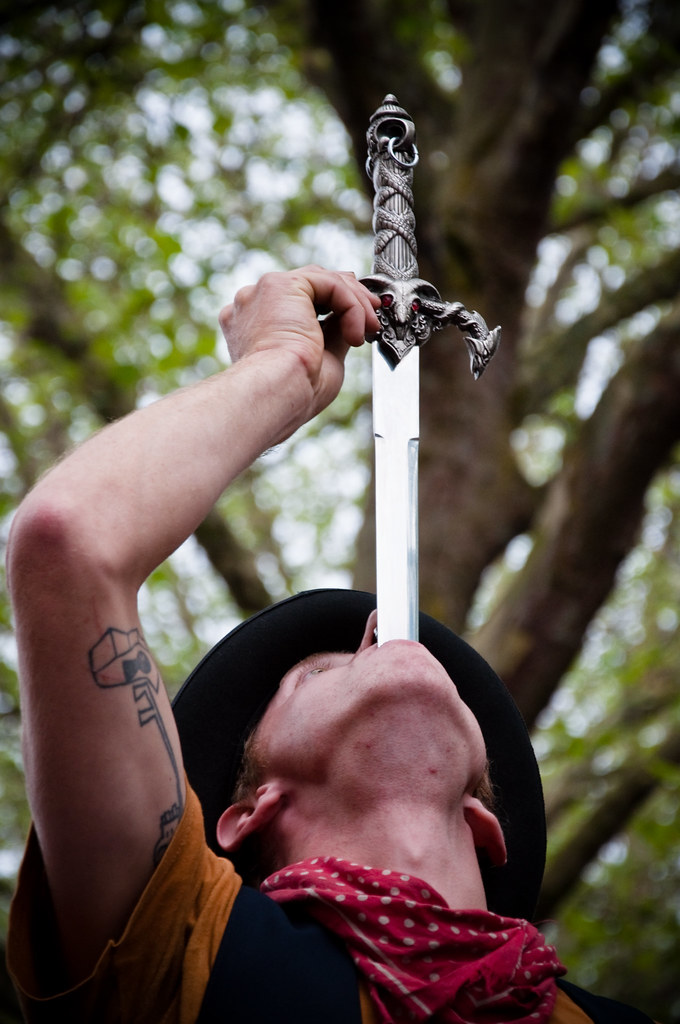 Probably everyone has already seen the trick in which the pretty and slender assistant lies down in a wooden box from which only her head and feet protrude, and is then sawed in half by the magician before she gets out of the whole box again .

There are two main methods of doing this trick: The first method is simply to put your feet on a dummy. The box is wide enough for the assistant to retract her legs. Since the box is on a raised stage with its long side facing the audience, the audience cannot assess the true dimensions of the box and assume that the box is barely wider than the person lying in it. 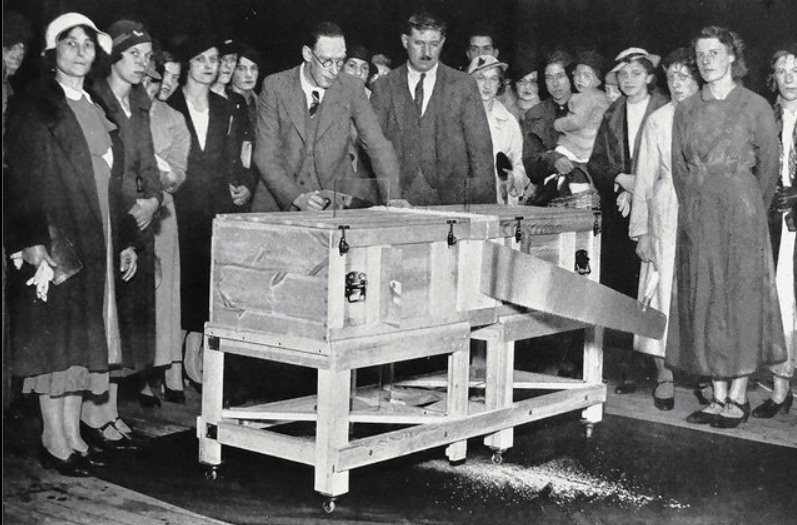 For the other method, the magician works with two assistants, of whom the audience only sees one step into the box. The other is already in the box, more precisely in the frame on which the box is standing. The box and the frame are really one.

The hidden assistant pushes her feet through the hole at the end of the box while the first assistant pulls in her legs again. With this option, the “sawed-up virgin” can wiggle her toes. However, perfect timing is required here so that the second assistant sticks out her feet at exactly the right moment when the first assistant gets into the box.

When they are not being sawed up, young women are often made to float: By means of his gravity-canceling forces, the magician succeeds in making the lying assistant float above the ground. With a large circlet that he leads around the floating woman, he proves to the audience that there are no wires involved.

These are not even necessary, as the assistant is usually lifted up using a lifting device that is hidden behind the curtain. The thin rod of the lifting device hits the platform on which the assistant is lying in a zigzag shape. This allows the magician to draw the bracelet around the woman in such a way that the impression is created that he is completely circling her. The fact that the lady often wears a long dress or is covered with a cloth also serves the purpose of veiling. 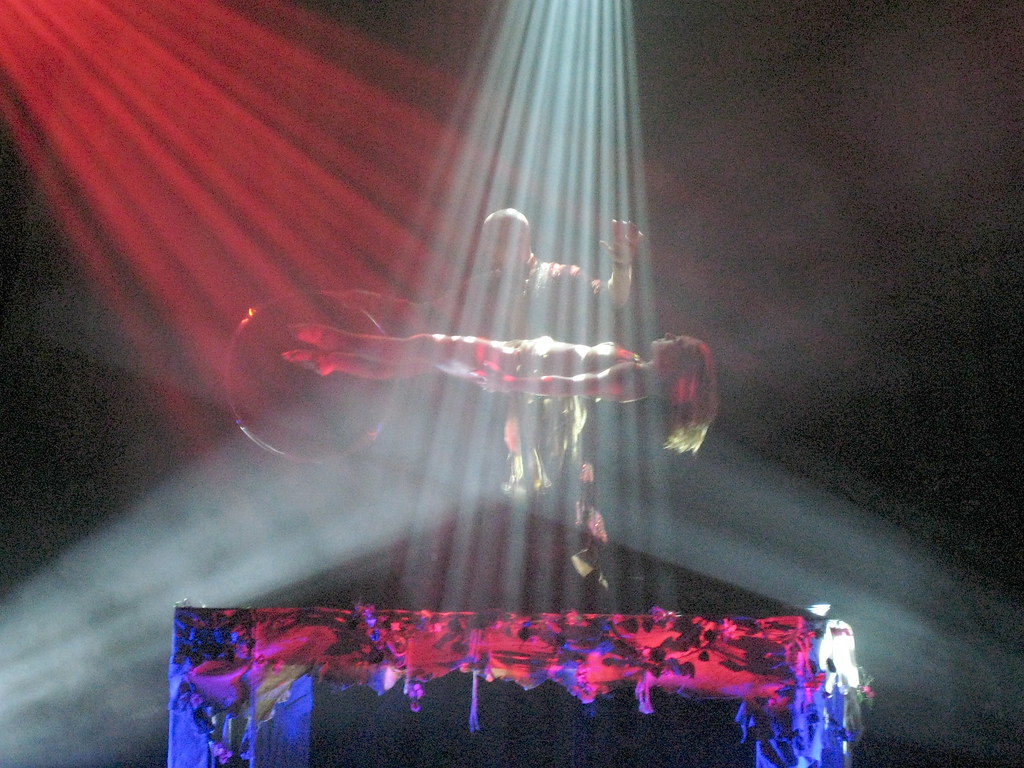 7.) Hit the coin through the glass

A 20-cent piece lies on the flat left hand, and the magician holds an empty glass in his right hand. With a little swing he hits the glass from below with his left hand, the coin penetrating the bottom and landing in the glass. Let us anticipate this: the coin and glass are not prepared and in the end the coin actually lies in the glass. How is that possible?

It is important to note here how the magician holds the glass: he holds it at the top with his fingertips. With his left hand he tosses the coin past the glass. The coin then bounces off the right palm into the glass. The whole trick happens so quickly that the human eye is unable to perceive the actual motion sequences.

Many illusions are based on long-studied manual dexterity, stage-ready distraction of the audience and perfect timing. Supposed magic tricks that can be seen on television and the Internet also use certain camera settings. Some magicians reveal their tricks over time in order to animate their colleagues again and again to new ideas with which the audience can be excited.