How can I free myself from perfectionism

It is a mistake not to want to make mistakes. Some people waste their entire lives trying. Doing all things 100 percent and perfectly is not only ineffective. Perfectionism leads to tunnel vision: no matter what you achieve, it is never good enough. Luck - it is always one step ahead. Perfectionism is an eternal hunt that only results in decreased self-confidence. Or it ensures that we can no longer enjoy what we have achieved. Instead, we only see the errors in detail. How this negative perfectionism can be overcome ... 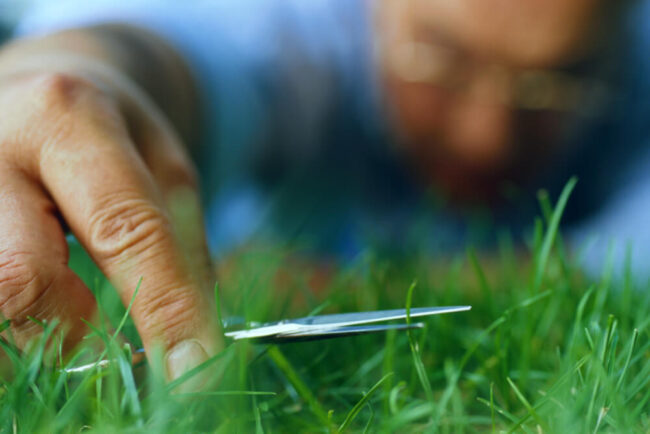 Perfectionism is not always the same. This is what the Koblenz scientist and perfectionism expert Christine Altstötter-Gleich (“Perfectionism: Living self-determinedly with high standards”) found. It has both different causes and different forms. So it would be a mistake to condemn the desire for high quality, precision and perfection across the board. Instead, we need a more differentiated view of the property: there is good perfection - and bad.

It is not uncommon for the “neurotic addiction to perfection” (Altstötter-Gleich) to hide the unfulfilled desire for attention or applause, the desire for more control and the attempt to protect oneself from abuse and shame. However, this is as effective as two days at a roundabout. Affected perfectionists are often strong-willed people with a hard shell but an extremely sensitive core. They always do their best - but for the wrong, extrinsic reasons. This creates a downward spiral of striving, stress and failure.

In contrast to negative perfection, this form is more directed inwards. It has its cause there, too: These perfectionists set high standards and standards for themselves and try to raise the bar a little higher every time. Not for others, but to grow from it yourself, to learn from it, to develop yourself and to be the ideal image of yourself every day anew.

In fact, successful people are characterized precisely by the fact that they make more, not fewer mistakes - precisely because they also make more than others. A mistake is not bad for them if it is not repeated and you learn from it. Just think of IBM founder Tom Watson: When one of his employees made a serious mistake, it cost the company $ 600,000. Watson was then asked if he would not fire the employee, which Watson vehemently denied. He just said, “I just invested $ 600,000 in his education. Why should someone else get this know-how for free? "

A look to the east shows that it can work differently: In Japan, for example, people appreciate the blessings of “Wabi-Sabi” and “Kintsugi” - the art of accepting weaknesses and finding beauty in the imperfect.

Only perfectionists know these problems

The pursuit of perfection can of course also be a subtle way of pretending to be busyness and conscientious and in truth postponing risky or annoying tasks (see: Procrastination). We'd rather tinker with a few unimportant quirks instead of just doing it. It is difficult for outsiders to understand how perfectionists think and why they cannot come to terms with good results themselves. They are problems that only perfectionists understand ...

Do the above descriptions sound familiar to you? Your own perfectionism can be obvious. However, many perfectionists are also masters at fooling themselves - and do not realize how perfectionist they really are. To sharpen this self-awareness, below is a simple perfectionism test. Although it does not make any scientific claims, it does help to improve one's self-image. Please add up: How many of the statements can you agree with?

Quite often, the documented desire to do everything perfectly should give some career that decisive kick. Such people are considered committed, hungry for performance and reliable. Qualities that every manager appreciates. Higher, further, faster - striving for superlatives is only a camouflage for the fact that you voluntarily climb into the hamster wheel and try to prove something to yourself and others. Just what? And who

Quite often we try to please people who should be us. Worse still: We want to prove something to people who shouldn't have more influence on our lives than a slice of toast. Of course, it's not about doing things by halves in the future. Anyone who gets on an airplane expects - and rightly so - that the pilot will give his best and that the technician will have maintained the machine perfectly beforehand. Your own life depends on it. But in many other places in everyday life this 110 percent thinking is out of place.

Deficiencies can even broaden the horizon: Without (navigational) errors, Christopher Columbus would never have discovered America. Many discoverers and inventors are distinguished precisely by the fact that they made mistakes, experimented and improvised. The strategy for this: dock, shoot, aim! The order is not a coincidence: Sure, this would not be a recommended strategy in a shooting competition. In all other cases it can be useful:

The result doesn't have to be worse - but you can get there much sooner.

An important step out of the perfectionism trap is to recognize that the expectations (of yourself or others) are unrealistically high or unreasonable. Perfectionists who primarily try to avoid mishaps become increasingly risk averse and control addicted - until they only step on the spot. Letting five go straight shows more sovereignty and also brings you further. The British singer Mel C ("Spice Girls") once said of herself:

I was never satisfied with myself, nothing seemed good enough to me. I always wanted to be perfect. In the end, I only had to go to the therapist.

It can go that far, but it doesn't have to. So don't worry: a little imperfection saves energy, time - and in this case even money. So that you never don't make the same mistake ...

9 ways out of the perfectionism trap

Passion and commitment for and in the job you practice are essential for success. Likewise, the ambition to move and achieve great things. As always, you can overdo it with these good qualities - and, whoosh, it turns into something negative: workaholism. In German: "Arbeitswut".

Workaholism is not something to be taken lightly. People who suffer from it don't just work extra hard or hard. They are simply unable to finish their jobs - either physically or mentally. In other words: They don't really know how to end the workday. In short: work is not part of your life, it IS your life.

The consequences are obvious: Those who only work, work, work without ever recovering or clearing their head, sooner or later suffer burnout. First the good ideas stay away, then the fun and finally your health suffers. Researchers led by Joachim Stoeber from the University of Kent once examined which factors promote workaholism and identified two culprits:

Above all, the so-called “self-oriented perfectionists”, ie those who set the highest standards for themselves and their work, showed the maximum risk. Mind you, this is not an appeal for more work-life balance. Rather, despite all the passion and ambition for the job, one thing must not be forgotten: There is still a life besides a career!