Chinese for beginners
- Learn Chinese online without prior knowledge!

"What's your name in Chinese?" 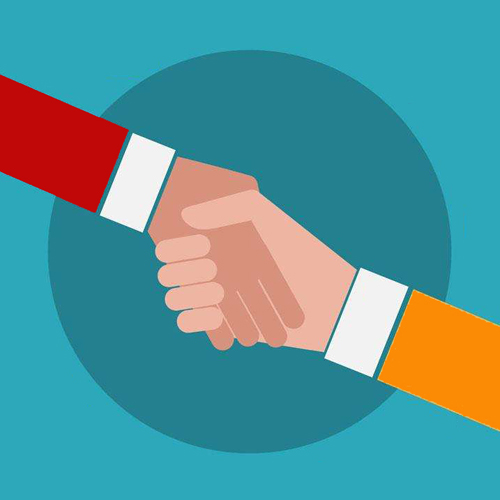 Location: In the office

Lena started learning Chinese some time ago in order to be able to communicate directly with the Chinese she meets in everyday life in Germany. She also hopes to gain an insight into China's culture and way of thinking bit by bit through the language. Fittingly, a new colleague from China is now starting the company where Lena is currently doing an internship. So Lena takes the chance and promptly introduces herself to the young colleague in Chinese. She is visibly surprised and also a little impressed ...

What you will learn in this lesson:

● Introduce yourself in Chinese

● Asking someone for their name

● Say his name in Chinese

● possessive pronouns and the question pronoun "whose"

● The decision question with ma

● “to be” sentences with shì and hěn

● Fluent classes of words in Chinese

● Chinese names - Why some Chinese call themselves Petra in Germany

“Hello, my name is Xiao Liu. Your Chinese is very good! "

Where from - where from!

"Do you have a Chinese name?"

"I have! My Chinese name is Meng Leina. " 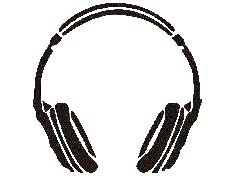 And you? And what about you?

Chinese; Chinese (literally "middle language", so Chinese is the "language of the middle")

Tinting particle at the end of a sentence, which is often used in colloquial language, but usually has no special meaning

The grammar highlights of this lesson:

In the first lesson we already got to know the personal pronouns in Chinese. From this it is now very easy to derive possessive pronouns. All you have to do is use the syllable de Append 的 to the respective personal pronoun.

The Chinese possessive pronouns at a glance:

* The personal pronountā 它 is used in Chinese to denote things and animals.

** The feminine formtāmen 她们 is only used when a statement is made about a group of women only. For mixed groups in which at least one male representative can be found, the male plural form tāmen 他们 is used!

If you want to ask about affiliation, you can do so with the question pronoun shéi de 谁 的 “whose”.

"Whose money is this?"

In this lesson we will learn about a nondescript yet extremely useful Chinese grammar hero, namely the question particles ma 吗.

To do this, the question particle simply has to be appended to the end of a statement.

“You have a Chinese name MA?“

“Do you have a Chinese name?“

“You have a Chinese name.“ (Declarative sentence)

“Do you have a Chinese name?“ (Question mark)

"You love Me." (Declarative sentence)

Ma questions can be answered easily the repetition of the verb or through the negative verb.

In Chinese, the negative is made by putting the word in front bù 不 "no, not" formed. The only exception is the verb yǒu 有 “have”. Here is the negative méiyǒu 没有 "not have".

“Do you have a Chinese name?“

- The question particles, no

In addition to the question particle ma There are a few more functional words in Chinese that can be placed at the end of a sentence. One of them is the little word no 呢, which can be used to form numerous useful questions.

Depending on what precedes "ne", so numerous "And what about ...?" Questions can be formed.

"And tomorrow? / What about tomorrow?"

- Someone in Chinese
ask for his name

At the beginning of every meeting and conversation there is usually the question of the name of the other person. In Chinese there are various ways of asking for the name of the person you are speaking to.

A distinction can be made between formal and more informal situations. In this lesson, we will first learn formulations that can be used to informally inquire about a person's name:

First give your own name and then ask the "And you?" Question:

Asking directly for the name of the person you are talking to using the question word shénme 什么, which means "what" or "which one" means. (We will introduce you to this question word and its use in detail in Lesson 5.)

Another useful question when getting to know each other is therefore:

"Do you have a Chinese / German name?"

"Do you have a Chinese name?"

"Do you have a German name?"

How to introduce yourself in formal contexts, we'll tell you in lesson 13!

- Chinese sentences with shì and hěn

(For the grammar enthusiasts among our learners: Verbs that can directly connect a subject and a predicate are called grammatical, by the way, copula verbs.)

There is also a verb for “to be” in Chinese, namely shì 是. However, it is only used in sentences in which "sein" is followed by a noun (or another nominal expression):

Copula verb "to be"

The difference to German that you should remember:

Follows a Adjective or adjectival predicate to the verb “to be”, can in Chinese Not shì "to be" stand. Instead, an adverb is usually put in place of shì.

Usually the adverb is used here hěn 很 used, which actually means "very", but here in many cases it is simply translated into German in the sense of "to be".

Whether it means “very” or simply “to be” in a specific individual case depends on the context. Sometimes hěn is simply left out completely and the adjectival predicate follows the verb directly:

Examples with other adverbs:

out of the ordinary

Danger! In contrast, it would be wrong:

As a rule of thumb you can remember: As a rule, shì does not come before adjectives. Instead, adjectives must be preceded by the adverb hěn.

b) "not be "- negative is-sentences

shì-sentences are combined with the adverb bù 不 no:

Hěn sentences are also negated with bù, however got to in hěn clauses in the negative the adverb hěn is omitted:

On the other hand, it would be wrong:

If you have paid close attention, you will have noticed that the word "zhōngwén" 中文 appears in our lesson dialogue with two different meanings, namely as noun in the sense of "Chinese, the Chinese" and another time as adjective in the sense of "chinese / e / r":

Since Chinese, as we have already learned in Lesson 1, has no inflection, there are actually many words that do not have any visible form differences can be used both as a noun and as an adjective. The boundaries between individual word classes are comparatively fluid in Chinese!

For us as learners, this has the advantage that by learning fewer vocabulary a comparatively large number of nuances of meaning can be expressed without having to struggle with further grammar and further rules.

On the other hand, for us as foreign language learners, it is not always clear at first glance whether a word is to be translated as a noun or an adjective, for example.

- Why some Chinese themselves

call it "Petra" in Germany

- Why some Chinese themselvescall it "Petra" in Germany

Pretty much all Chinese are called Wang, right? Of course not true, only around 95 million people in China have this surname, which corresponds to around 7.1 percent of the population.

The fact is, however, that there is only a limited repertoire of a few hundred possible surnames in Chinese, some of which are particularly common. In 2014, the Chinese statistical office published a ranking of themost common Chinese surnames. Accordingly, in addition to Wang, Li, Zhang, Liu and Chen are among the largest namesake groups (our list of the 20 most common surnames can be found here). 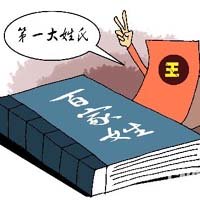 And what does a typical Chinese full name look like?

First of all, in Chinese there is theLast name before first name. For example, it is called Wang Yu, where Wang is the last name.

In e-mail correspondence with Western addressees, this can sometimes cause confusion, namely when it is not certain whether the Chinese name is in Chinese order (Wang Yu) or in "western" order (Yu Wang) under the email stands. The situation is made even more difficult by the fact that Chinese first names (even for native speakers) cannot always be clearly assigned to a gender. 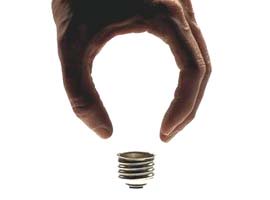 Nevertheless, there are some reliable indications: So are Chinese surnames are almost always monosyllabic, while first names often have two syllables. So if you receive an email from Han Xiaolin (or Xiaolin Han in German), your last name is definitely Han.

In addition, many Chinese feel sorry for them and therefore just write their last name in Capital letter (Xiaolin HAN) to prevent misunderstandings.

It is even more watertight to get a "foreign" first name right away. And so it happens that the Chinese in Germany sometimes introduce themselves as Peter or Petra. For the average German, this is also much less tongue-twisting than Xiaolin or Jinping.

The same also applies to our western names in China!

The Chinese also threaten to twirl a knot in the tongue and are also difficult to remember. That is why it is common practice in China to “Sinize” foreign names.

So if you want to establish long-term contact with China, it is advisable to to get your own Chinese name. The best way to do this is to look for a common Chinese surname, ideally reminiscent of the German surname, and a one to two syllable first name. Here you should choose a melodious combination of characters that arouses positive connotations. It is safest to simply seek advice from a Chinese friend or acquaintance before the name is put on the business card.

Learning a foreign language is ultimately not a science, but a science practical skill! Just like tying shoelaces or practicing a shot in tennis or a sequence of movements in swimming, speaking a new language is a skill that can only be learned and improved by using it actively trained, practiced again and again and so automated!

So: now it's your turn! At the end of each lesson, you have the opportunity to listen to all the lesson sentences again, one at a time, and most importantly to actively repeat and practice. 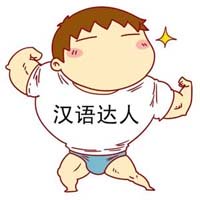 "Your Chinese is very good!"

Where from - where from!