How many types of acceleration are there

This kinematics script is intended to describe the fundamentals of movement and what is meant by this in the field of physics. The different types of movement are also presented here and important key terms such as the space curve or the mass point are explained.

The change in position of a body in relation to a body at rest or to the position of the observer corresponds to a movement in the sense of physics.

Space curve in the coordinate system

There are many forms of motion, such as circular motion and rectilinear motion. Accordingly, a correspondingly suitable coordinate system is selected for the physical description of the respective movement. The observer assumed to be at rest is mostly at the origin of the coordinate system, while the observed body runs through a three-, two- or one-dimensional space curve (trajectory) with respect to this origin.

In many cases, the physical description of a movement becomes easier for you if you imagine the observed body as a single point in the corresponding coordinate system. This point is treated as if it had the entire mass of the body. The center of gravity of the body is selected as a so-called "mass point" (often also as a "point mass").

The relativity of motion

A straight, uniform movement exists when the trajectory represents a straight line section, while the speed is the same at every point along the trajectory and the acceleration is zero everywhere. 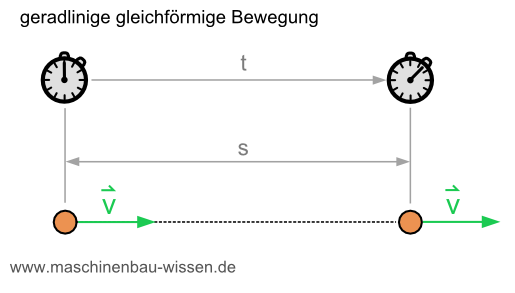 In the case of a uniformly accelerated movement, the direction and the amount of acceleration are the same at every point on the trajectory. The trajectory can be a straight line or a parabola. 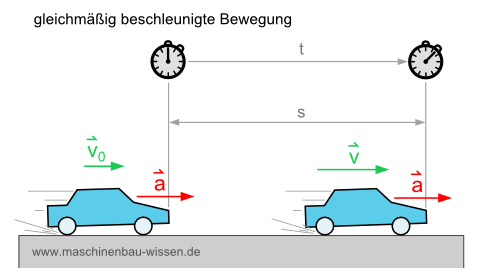 If the observation object returns to the starting point after a certain time (period) and has the same speed and direction, then it is a periodic movement. Such movements always have closed trajectories. A special case of periodic motion is, for example, circular motion. 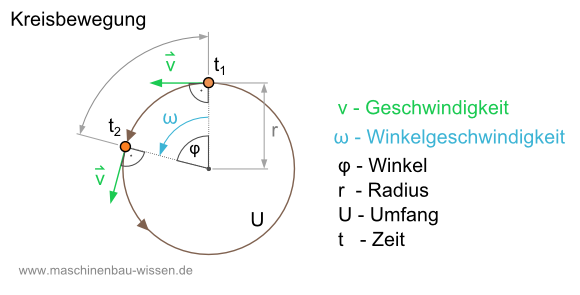 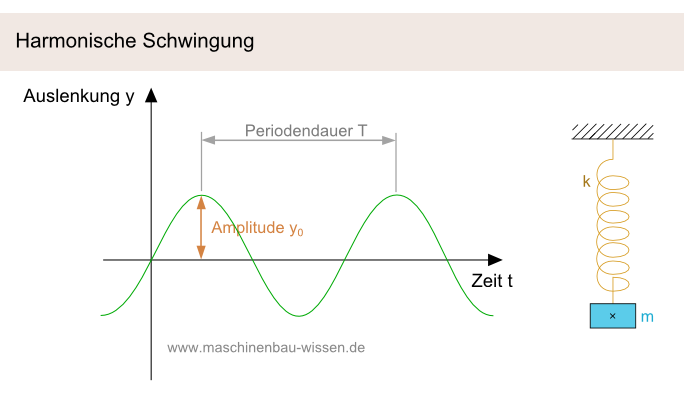 Any object that is slightly deflected from its equilibrium position generally vibrates harmoniously. Every periodic movement can be represented as the sum of harmonic oscillations using Fourier analysis. The frequencies of these individual oscillations are multiples of the basic frequency. This frequency is the reciprocal of the period duration. A classic example is the spring pendulum, with which, among other things, harmonic oscillations are described and illustrated in physics and kinetics.