Via hypokaliaemia, it is a curable disease 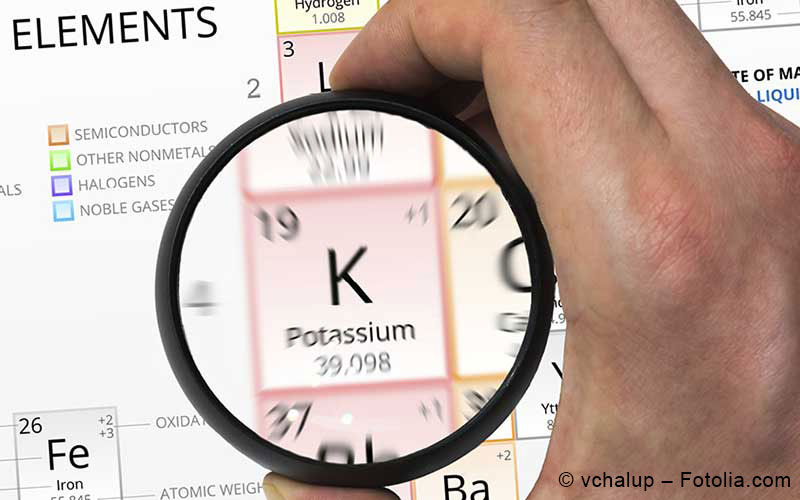 Together with sodium, potassium controls the water balance in the body. In addition, potassium plays a major role in the transmission of impulses in nerve and muscle cells. In particular, potassium plays a crucial role in the excitability and function of heart muscle cells. In addition, the mineral is required for protein build-up and the activity of numerous enzymes. The body also needs potassium to generate energy from carbohydrates. With a potassium deficiency, many metabolic functions are impaired.

Usually the concentration of potassium in the blood is between 3.6 and 5.4 mmol per liter. Potassium deficiency, doctors speak of hypokalaemia, is usually noticeable from 3.2 mmol / liter with physical symptoms. The symptoms are usually unspecific at first.

Typical are tiredness, concentration disorders, increased nervousness, loss of appetite, indolence as well as flatulence and constipation. Headaches or dizziness and muscles that tire quickly are also symptoms of a slightly pronounced potassium deficiency. Other signs include dry skin with an increased tendency to acne, impaired wound healing and an increased amount of urine, sometimes accompanied by difficulty urinating.

Potassium deficiency can have life-threatening consequences from a concentration of less than 2.5 mmol / l. Because the potassium deficiency disrupts the communication between nerve and muscle cells, symptoms occur in many areas. In the cardiovascular system, for example, cardiac arrhythmias or an accelerated heartbeat sequence as well as water retention in the tissue (edema) are typical signs of a potassium deficiency. This is particularly complicated for people with heart disease.

In the area of ​​the nerves and muscles, there is initially weakness, muscle weakness and muscle cramps. With a pronounced potassium deficiency, the symptoms increase to paralysis, impaired consciousness, loss of consciousness and coma.

A not inconsiderable proportion of inpatient admissions to hospitals (between 2 and 6 percent) is associated with the consequences of a potassium deficiency.

In many cases, potassium deficiency is due to medication use. These are primarily drugs that stimulate the kidneys and have a dehydrating, i.e. diuretic, effect. Among the prescription drugs, diuretics such as thiazides and the particularly frequently used loop diuretics such as furosemide or torasemide should be mentioned here. Digital heart medication also promotes potassium deficiency.

But even non-prescription drugs can lead to potassium deficiency. This applies, for example, to the regular use of laxatives.

Other diseases as a cause of potassium deficiency

Since the potassium balance depends to a large extent on healthy kidney function, diseases of the kidney are sometimes associated with a potassium deficiency. Certain hormonal imbalances and a magnesium deficiency also increase the risk of hypokalaemia. Another cause is excessive fluid loss through vomiting, diarrhea or profuse sweating.

Other diseases that favor a potassium deficiency are an overactive adrenal cortex (with an excess of cortisol or aldosterone) or insulin-dependent diabetes (diabetes mellitus).

Potassium deficiency due to malnutrition

Malnutrition (malnutrition or malnutrition) is rarely the cause of potassium deficiency. This particularly affects patients with anorexia or eating and vomiting addiction (bulimia). But senior citizens in nursing homes, alcoholics, the homeless or people suffering from stress also often have a low-mineral diet.

Likewise, a disturbed absorption of potassium from the intestine can cause a potassium deficiency. This particularly affects people with chronic inflammatory bowel diseases such as ulcerative colitis or gluten intolerance (celiac disease).

Depending on the severity of the potassium deficiency, a diet rich in potassium is sufficient to bring the potassium balance back to normal. If that is not enough, tablets, effervescent tablets, capsules and powders with potassium can be used. The potassium is often combined with sodium chloride (table salt) or glucose (grape sugar) as well as with magnesium and calcium. In particularly severe cases, potassium is given with injection solutions.

Medicines for mineral deficiency such as potassium deficiency should always be taken exactly according to the doctor's instructions. With a "much helps a lot" attitude, you risk dangerous side effects such as muscle weakness, muscle cramps, cardiac arrhythmias and cardiac insufficiency.

In the best case scenario, don't let it come to a potassium deficiency in the first place. In healthy people, this can easily be achieved without any medication or dietary supplements. A fresh and varied diet is sufficient. You should also make sure that you always drink enough. Mineral water, fruit juice spritzers or herbal teas have few calories but are rich in natural minerals and electrolytes.

Important: Potassium dissolves from food if left in water or boiled for too long. You can take advantage of the abundant potassium from potatoes, for example, by using the cooking water from potatoes as a base for broths or soups. 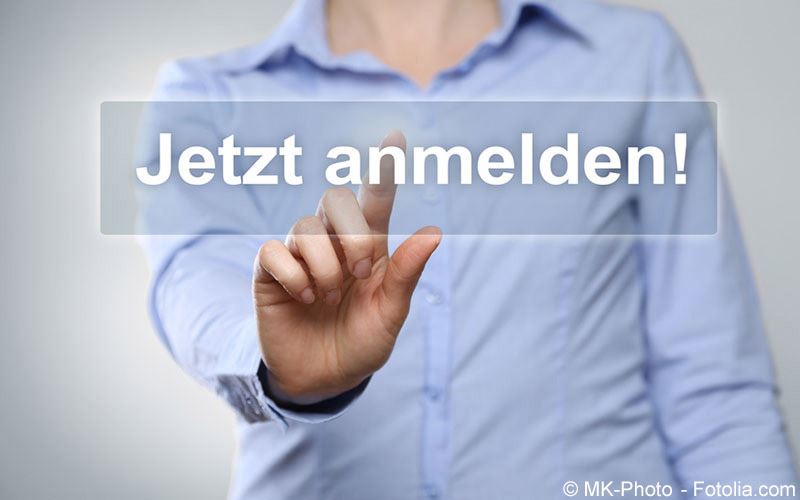 Our newsletter provides you with weekly news and information about health.