What is Castilian Spanish 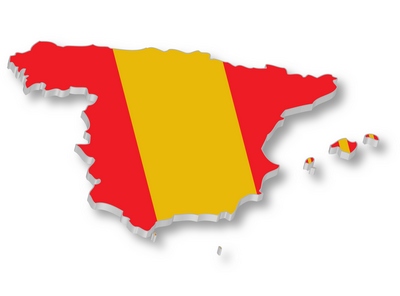 After I recently wrote a post about the Portuguese language, today I want to introduce you to the “perceived twin language”, namely Spanish, in detail.

Although Spanish and Portuguese are not, of course, true twin languages, both belong to the Romance branch of the Indo-European languages.

One of the first things to learn about Spanish is the difference between Spanish and Castilian. This difference is easy to explain: there is no difference! Spanish (español) and Castilian (castellano) are completely synonymous terms.

But why does the Spanish language have two synonymous names? This can be easily explained: Spanish or Castilian is a spoken dialect from Latin. When the Romans conquered the Iberian Peninsula, the people of Castile “interpreted” the official language of Latin in their own way. This is how Spanish or Castilian came about - and this is how the name “Castilian” is explained.

If you look at the numbers for the Spanish language, you are quite impressed: Currently, Spanish is spoken as a mother tongue by around 329 to 358 million people. If you add the number of second-language speakers, you get about 450 to 500 million people. With that in perspective, Spanish is the fourth most widely spoken language in the world (after Chinese, Hindi, and English). But that's not all: Spanish is the most widely learned language in the world and also the official language of the European Union, the Organization of American States and the United Nations. Otherwise only English can boast such a powerful status.

We all know that Spanish was spread through colonization in most of the countries of South and Central America. What is interesting, however, is a somewhat contrary development in the USA: For some time now, Spanish has not been brought into the country “from above” (through colonization), but “from below” (through immigration). According to U.S. Cencus Bureau, the number of Spanish-speaking people in the US is currently officially approximately 45 million. However, this number does not include illegal immigrants, so one can confidently assume that the actual number is significantly higher. And now it is getting very exciting: According to calculations, Spanish in the USA could become so large in 2050 that the USA will have the largest Spanish-speaking population in the world. This is really amazing! The problem with such forecasts is of course that they relate to the future and are therefore uncertain.

Apart from the sheer numbers, Spanish is also a language that is worth learning. The structure of the language, the grammar, the entire language structure is not particularly complex, apart from the “shallows” of each language, so that as a Spanish learner you actually do not have any frustrating experiences, but rather like to learn the language due to faster and permanent progress. And besides, my experience is that Spanish is a “happy” language. Sounds strange, but it's like this: It's just fun to speak Spanish!

Finally, a tip: If you are not very proficient in Spanish and have important documents to be translated, a sworn translation from German into Spanish is always recommended.

In this sense: Hasta luego,
Martin