Do you think Bill Barr is fair

The political dispute over the outcome of the US election is not over yet. At this stage, Attorney General William Barr submitted his resignation to incumbent President Donald Trump. A resignation letter published by Trump on Twitter said Barr would leave office on December 23. The incumbent wrote on Twitter that Barr had done an "excellent job". His deputy Jeff Rosen will take over the office in a managerial capacity.

Trump said Barr is leaving office just before Christmas to spend the holidays with his family. He stressed that the two had a "very good" relationship. Barr, in turn, extolled Trump's work in his farewell letter. He praised the "many and unprecedented successes" Trump has achieved for the American people. The performance of the president is all the more historic as he had to assert himself against the "relentless resistance" of his political opponents. "Few could have survived these attacks," wrote Barr. Trump, however, advanced the country despite the attacks, for example by strengthening the military and the economy and curbing illegal migration. 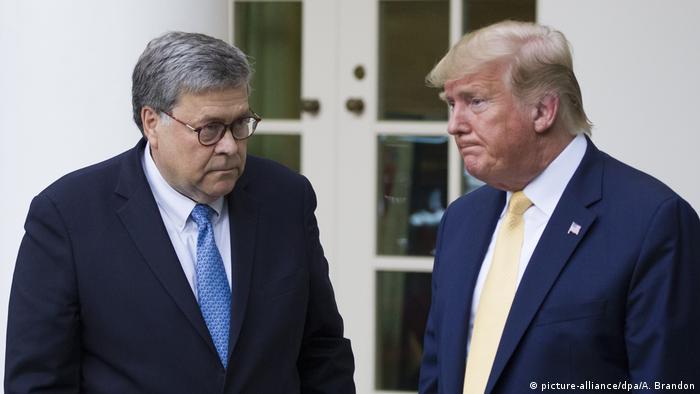 Loyal to the end: William Barr (left) and his boss Donald Trump

It was not so harmonious recently between the two: Trump had expressed sharp criticism of Barr last Saturday. The Wall Street Journal had previously reported that the attorney general had been aware of an investigation into the son of US President-elect Joe Biden, Hunter Biden, since the spring. Barr wanted to keep the investigation out of the election campaign, it said in the newspaper. "A big disappointment!" Wrote Trump. "Why didn't Bill Barr reveal the truth about Hunter Biden to the public before the election?"

Hunter Biden announced last Wednesday that he was being investigated at the federal level for "tax matters". He had been the target of attacks during the election campaign by Trump, who raised allegations of corruption against the Biden family. The background to this is Hunter Biden's foreign business in the Ukraine and China. Between 2014 and 2019 he held a lucrative position on the supervisory board of the Ukrainian gas company Burisma.